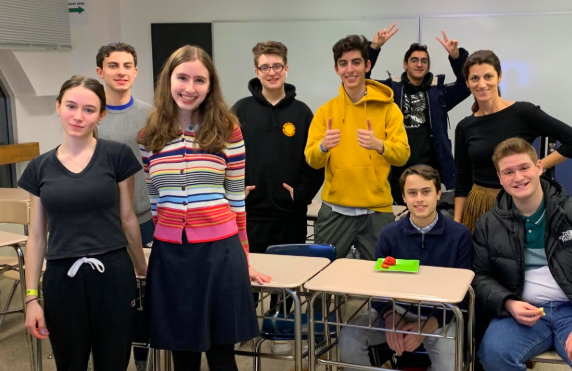 The French Culture Club was honored to welcome our very own member, Arielle L. '21 as our featured speaker. Arielle spoke most eloquently about the iconic French martyr, Joan of Arc. Students learned that Joan of Arc was born into a peasant family in Northern France, but she rose to the ranks of heroine, soldier, and leader of armies. She was guided by a "divine calling" to lead the French against the British in the Hundred Years' War. Arielle gave a marvelous presentation of this most complex French heroine. Students learned from Arielle while enjoying signature French gourmandises (treats). We, after all, are no martyrs!