<Back to News
Honoring Our Heroes - Welcome Back Moshe! 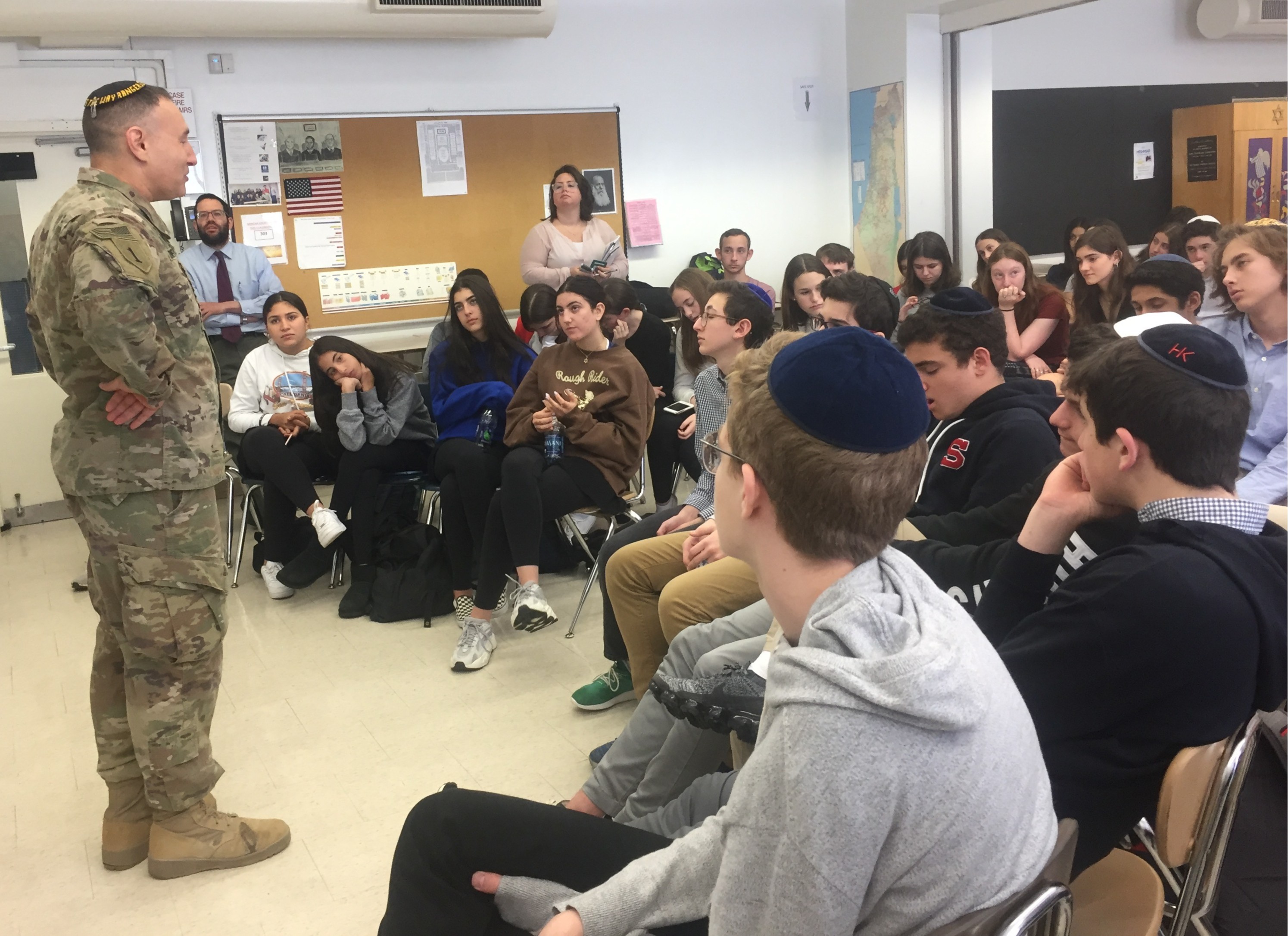 Major Moses Scheinfeld, Ramaz '83, spoke to the ninth grade students and twenty-five senior students in honor of Memorial Day, and it was the most "memorable" experience. Major Moshe has served in the US military for over twenty years. Although he recently returned from a nine-month tour of duty in Afghanistan, and has only been home with his wife and children since Purim, when we extended our invitation to him, in true military style, Moshe answered, "Let's try and make this happen." And it did!

Major Moshe grew up on Manhattan's Upper East Side, and he was a "lifer" at Ramaz, attending nursery through 12th grade. His first military assignment was to spend two years in Korea protecting the border between North and South Korea. In 2001, he deployed in support of Iraqi Freedom and saw combat operations on many levels. Just last year, he served as Chief of Operations in Afghanistan.

Moshe took a flight into NY from Los Angeles, arriving at midnight on Monday night, and well before 8am, he was in the Middle School ready to join the students for Tefilat Shacharit. He stood humbly in the back of the auditorium, and the small siddur he had in hand was the very same one he davened from every day on all his tours of duty. 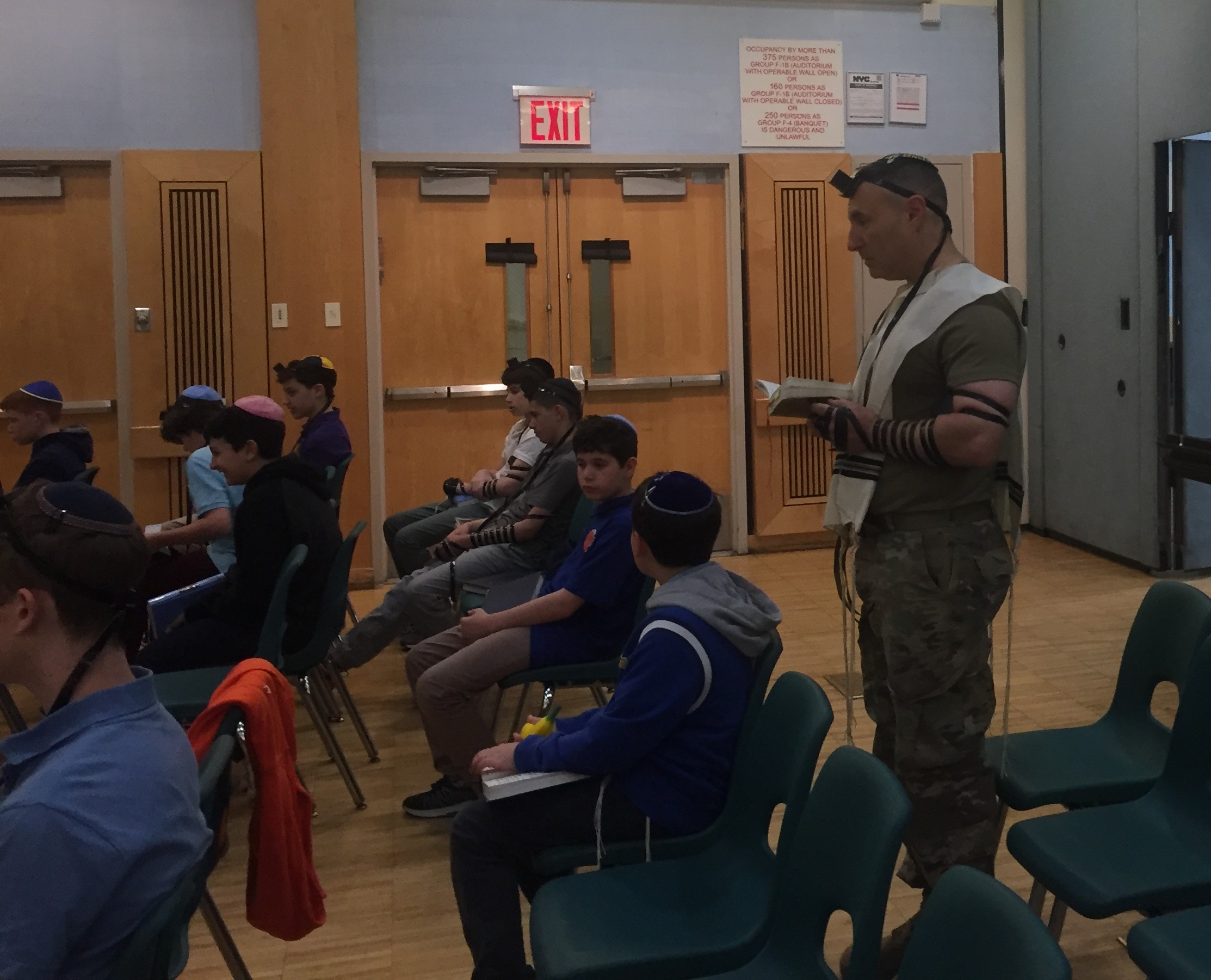 The Upper School students listened in awe as the Major spoke about "Serving and Sacrifice," a simply worded phrase with an overwhelming message. Sacrifice, he explained, is the harsh reality that comes with Serving our nation, preserving our freedoms, and guarding our way of life. As he spoke about the brothers he lost, our students gained a new appreciation for the men and women who serve, even at risk of the ultimate sacrifice. He emphasized many core values that guide him here, and in faraway, hostile countries: Judaism, brotherhood, camaraderie, trust, humor, and allegiance, ones we aspire for our students. As a Ramaz "lifer," Major Moshe is a role model extraordinaire. The major presented us with an American Flag that was flown in December 2018, in Kandahar, Afghanistan. The accompanying certificate reads,

So that all shall know this Flag was flown in the face of the enemy, and bears witness to the strengths of the American people in the rebuilding of Afghanistan and denying a safe haven for terrorists.

The program was generously sponsored by Debbie and Richard Born and family in memory of Lieutenant Benjamin Hammerman. Lieutenant Hammerman was a Ramaz grandparent and generous supporter of our school. He served valiantly in the US army from 1941-1945, and was stationed in the Pacific on the front lines during World War ll.
powered by finalsite