<Back to News
Pre-K Yarok Opens an Art Museum! 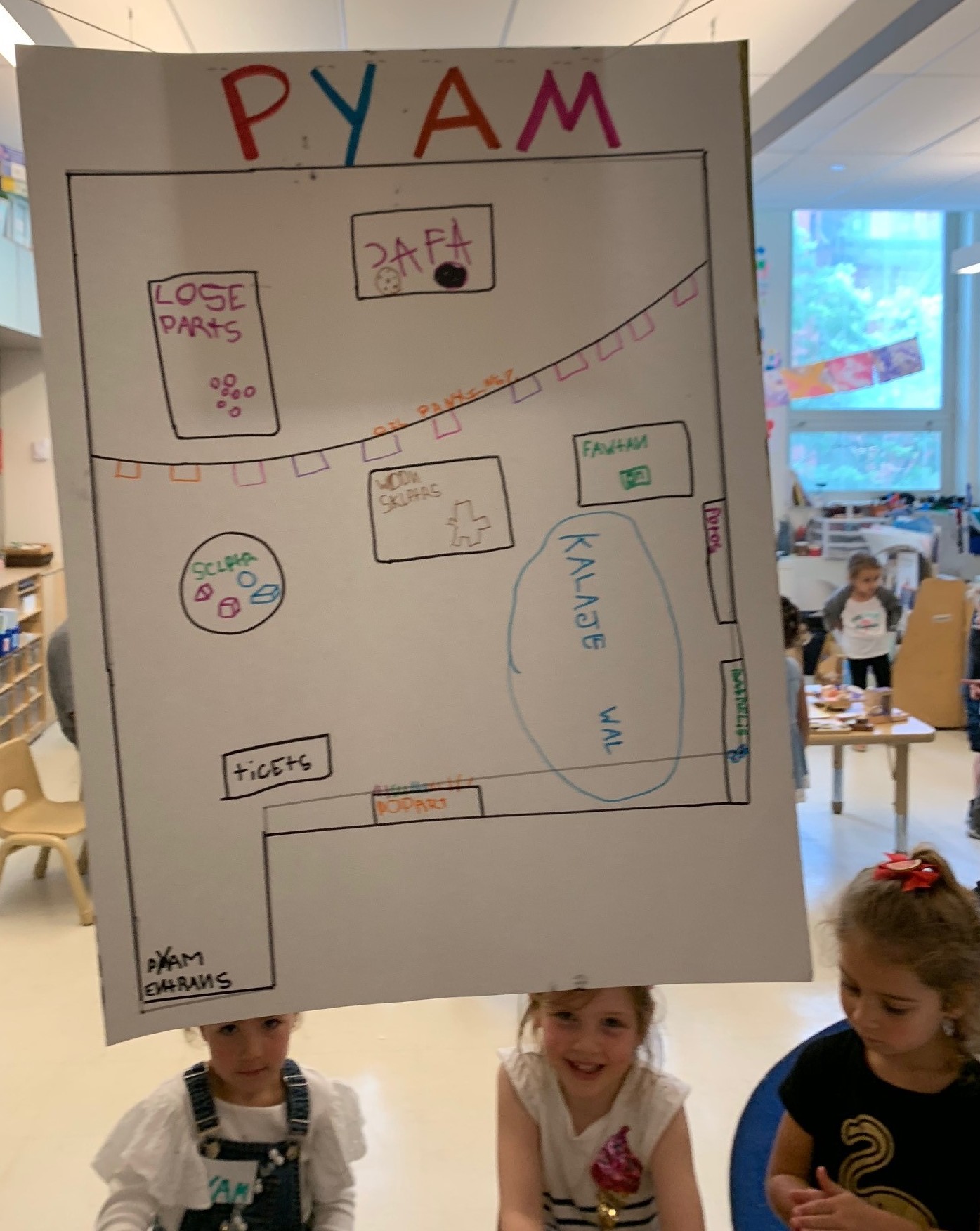 Also inspired by their learning during Yom Ha'atzmaut, Pre-K Yarok decided to open their own museum. While transforming their room to Tel Aviv for Yom Ha'atzmaut, the children looked at architecture and art from Tel Aviv. They learned about Marc Chagall and his art. They were then inspired to focus on art, which led to their opening of their art museum.

Over the past month, the children have been experiencing art in its many forms. Before they began to create on their own, they studied many artists, including David Hockney, Vincent Van Gogh, and Henri Rousseau. Using their expressive language skills, they collaboratively told stories based on their artwork. They tried their hands at photography, sculpture, collage, and painting. They studied how lines were used in painting and used watercolor and oil to make gorgeous paintings. They used wood and other materials to build sculptures. They invited real artists to their classroom to talk about their art (two grandmothers came to teach us about their art).

The children learned that museums have names and called theirs the Pre-K Yarok Art Museum â PYAM for short â they learned that many museums used an acronym. They made stickers to give all of their patrons with the PYAM acronym on it.

After learning all of this, the children were ready to open their own museum! Everyone who entered received a sticker and was able to follow the map the children made. They could then: Collage on a large paper, visit their photography exhibit (the children each took pictures of one another and then painted them in the style of Andy Warhol), went to the sculpture "garden," made edible cookie art, visited the beautiful area with paintings, and worked on making their own 3D art.

The culmination of this project was exciting and very meaningful!